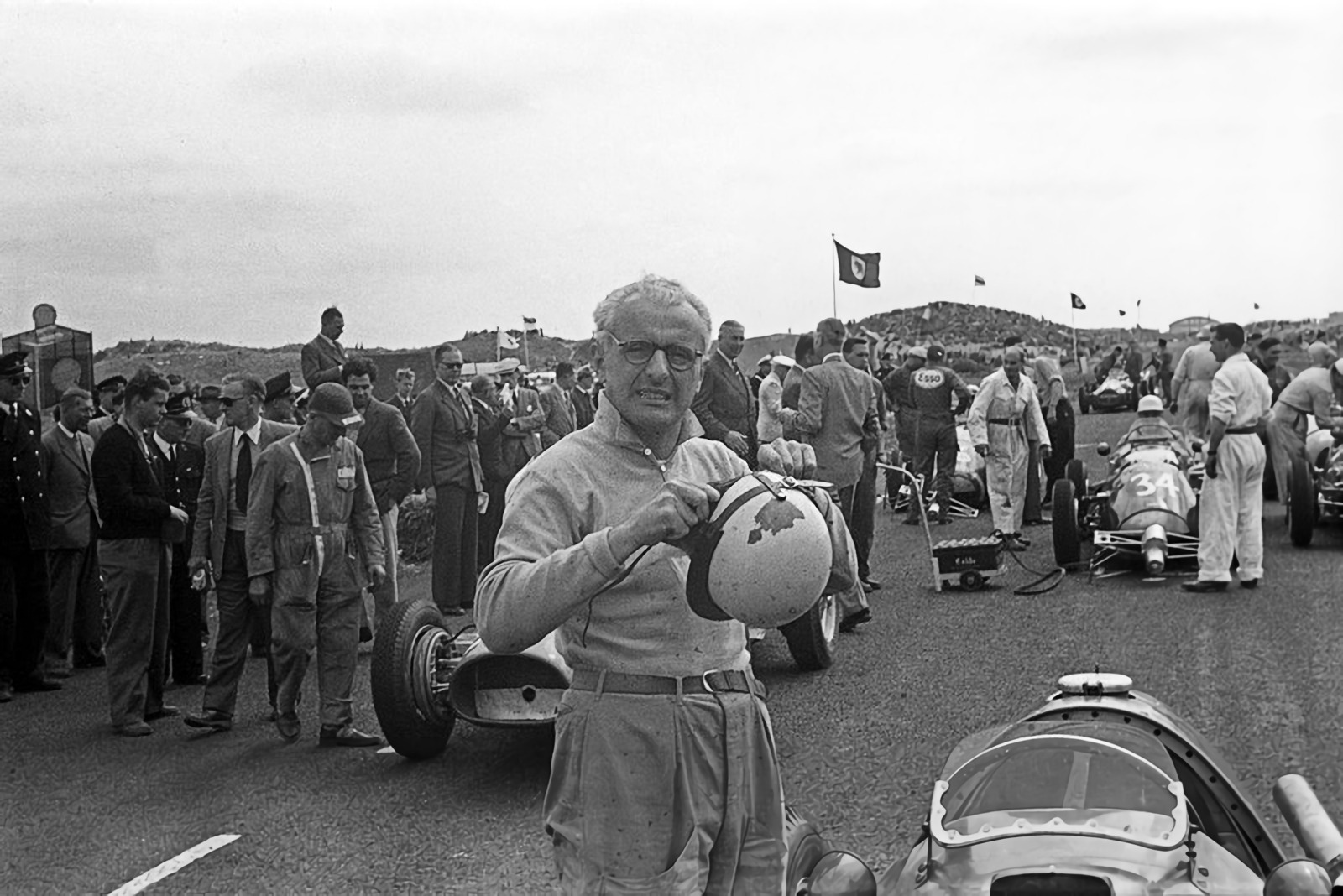 Luigi Villoresi, nicknamed Gigi, was born in Milan on May 16, 1909 in one of the most famous Milanese families. His father Gaetano is the son of Eugen

Luigi Villoresi, nicknamed Gigi, was born in Milan on May 16, 1909 in one of the most famous Milanese families. His father Gaetano is the son of Eugenio Villoresi, the engineer who designed the canal of the same name and grandson of Luigi Villoresi, one of the most important botanists and landscape architects of the nineteenth century. In the Villoresi family, two of the five children will show a passion for speed: Gigi and Emilio. The beginnings in racing will take place around the early 1930s, together with his brother Emilio. Raised in a wealthy family, Gigi bought his first car at the age of twenty-two, a Lancia Lambda used to race in local rallies.

In 1933 the two Villoresi brothers took part in the Mille Miglia for the first time at the wheel of a Fiat 508S Balilla Sport, and two years later Gigi, driving a Maserati 4CM, came sixth in the I Coupe du Prince Ranier. In this way he will be noticed by Ernesto Maserati who invites him to join the official team in 1936; this union would then last until 1949. Gigi's first victory with the house of the Trident dates back to 1937 at the Brno Grand Prix, while in 1938 he will seize his first success at the Acerbo Cup, also graduating as Italian champion of the category. In 1939 Gigi also won the Targa Florio; in the same year, during a test, driving an Alfa Romeo Alfetta, his brother Emilio, to whom Gigi was very close, will tragically disappear.

In 1940 the Milanese driver will again impose himself in the Targa Florio and finish fourth at the Tripoli Grand Prix. Once the war is over, racing starts again and Villoresi will resume racing with the Milan Scuderia he founded, and in 1946 he will win the Grand Prix de Nice. Few people know, however, that in 1946 Gigi will also try the assault on the Indianapolis 500: driving his Maserati 8CL, he starts 28th and ends the race in seventh place. In 1947 Gigi starts racing with his friend Alberto Ascari, and the most important victories will be the Grand Prix de Nice and the conquest of the Italian championship.

The Milanese driver, always with Maserati, will achieve numerous victories both in Europe and in Argentina, enjoying great success. One of his most important victories will be the 1948 British Grand Prix, raced at Silverstone with the Maserati 4CLT. On the South American continent, Gigi will win in Buenos Aires for two consecutive years, triumphing in all four scheduled races. During the 1949 season he will race with Ferrari cars in races such as the Dutch Grand Prix, the Belgian Grand Prix and the BRDC International Trophy.

The following year Gigi became one of the top men of the Prancing Horse, competing in Ferrari's debut race in the Formula 1 World Championship and other races not valid for the world championship. Unfortunately, the season will not be the best, given that in Monaco and Switzerland he will be forced to retire, while in the Belgian Grand Prix he will not go beyond sixth place.

In races not valid for the championship, however, he will be more fortunate, obtaining numerous squares of honor in Pau, Sanremo and Zandvoort. Instead, it is on the occasion of the Grand Prix of Nations that the Milanese driver is the victim of a serious accident in which he will suffer serious injuries. After a period of convalescence, Gigi returns to racing at the wheel of a Ferrari 340 America in the Inter - Europe Cup, and at the wheel of the Ferrari 340 America he will conquer success at the Mille Miglia.

In 1951 will see him engaged in Formula 1 with the Ferrari 375 F1, and at the wheel of the Rossa he will get three third places in Belgium, France and Great Britain, and two fourth places in Germany and Italy. In 1952 he will participate with the Ferrari 500 in the last two races of the world championship, finishing third on both occasions, the Netherlands and Italy, while in 1953 he will collect as best results a second place in Belgium and Argentina, and a third at the Italian Grand Prix.

In 1954 Gigi will follow his friend Alberto Ascari in Lancia, although the Milanese driver will compete for most of the season at the wheel of the Maserati 250F, obtaining a fifth place in France. Only in the last race, in Spain, can Gigi compete in a Grand Prix with the Lancia D50, but the race ends with a retirement. In 1955 with the Lancia D50, still partly unripe, he will retire to Argentina and will be fifth in Monte Carlo. After Ascari's passing, Gianni Lancia will hand over his cars to Enzo Ferrari, while Villoresi will race his final Formula 1 season with the Maserati 250F, finishing fifth in the Belgian Grand Prix.

But Gigi is a man driven by an incredible passion for engines, therefore in 1958 he shows up at the start of the Acropolis Rally in Greece: the Milanese, who for the occasion has Ciro Basadonna as navigator, wins the Rally at the wheel of a Lancia Aurelia GT. In 1960 Gigi Villoresi will be awarded the Gold Medal for athletic value for exceptional merits.