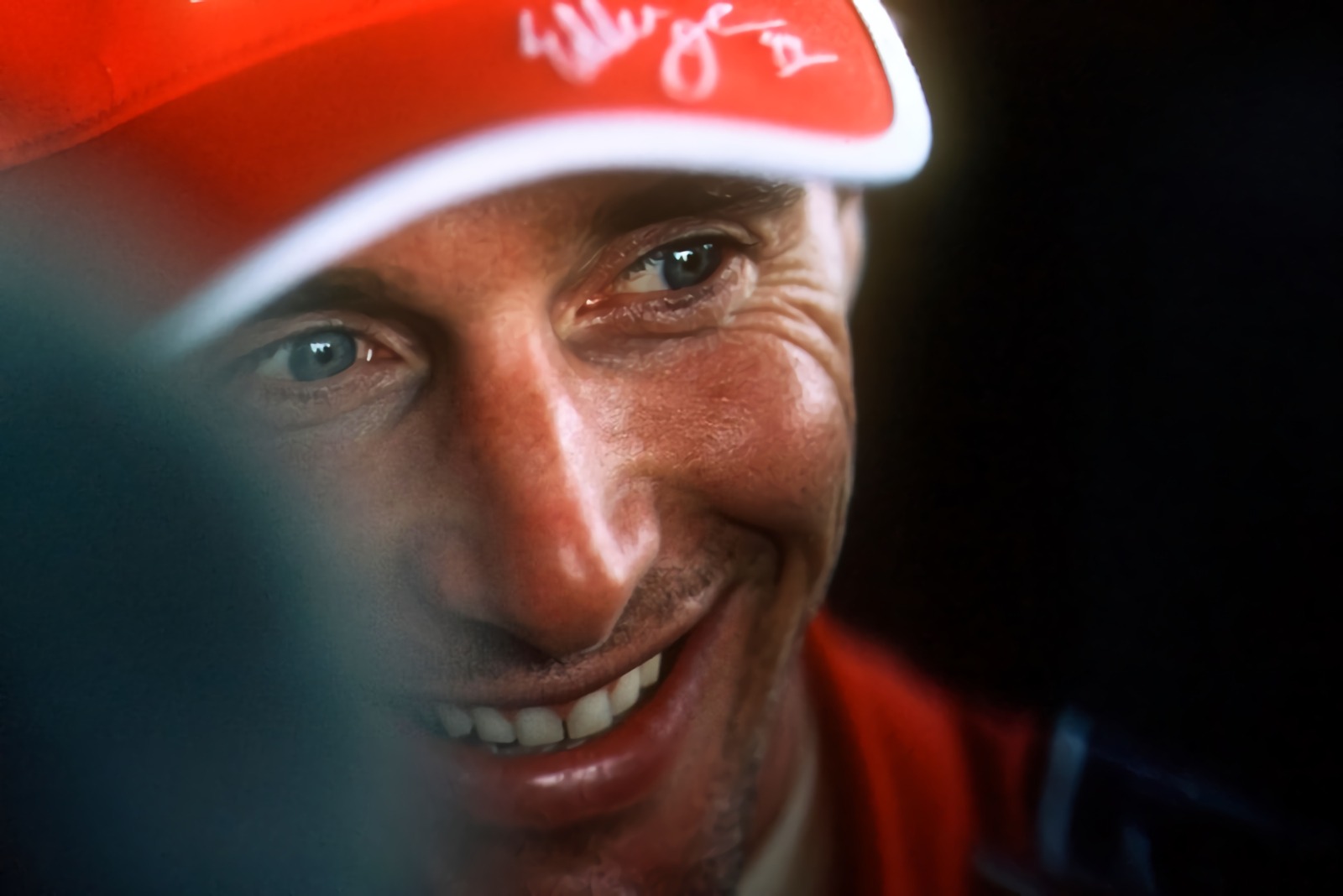 Edmund Irvine Jr was born on November 10, 1965, in Newtownards, a small town in Northern Ireland. Eddie starts racing in the British minor categories

Edmund Irvine Jr was born on November 10, 1965, in Newtownards, a small town in Northern Ireland. Eddie starts racing in the British minor categories in 1983 with excellent results. In the early 90s the Northern Irish driver achieved several podiums and victories in Formula 3000 and participated in two editions of the 24 Hours of Le Mans. The excellent results and an important sponsor like Marlboro earned him his debut in Formula 1 in 1993 in the last two races of the season: Eddie scored points on his debut, only to find himself embroiled in a dispute with Ayrton Senna after the race, due to a questionable behavior against the Brazilian driver, from whom he receives a punch in the face after a heated fight.

In 1994 Eddie proved to be a fast driver, but too prone to accidents and dangerous behavior; in Brazil, after triggering a multiple accident, the federation fined him $ 10.000 and disqualified him for one match, which was later commuted to three matches. In 1995 the story does not change, and the impetuousness leads him to make mistakes and to unleash accidents. But in the Canadian Grand Prix, Eddie manages to get on the third step of the podium for the first time in his career.

This result earned him an interest from Ferrari, which is reorganizing the team for 1996, and is looking for a second driver to work alongside Michael Schumacher. With Montezemolo wanting to avoid direct confrontations between Michael and a possible Italian driver, Ferrari hires Eddie Irvine by paying Jordan three million dollars to free him from the Irish team. In 1996, galvanized by his arrival at Ferrari, Eddie achieved a podium finish on his debut and three consecutive points finishes in the following races, despite the fact that he did not try the car in the winter tests. The Irishman throughout the season proved to be fast and more consistent than in previous seasons, collecting eight retirements largely caused by the failure of the gearbox:

"I was about to start the 1996 season with a car that was half scrap. It fell apart. In the morning we went to Fiorano for practice at 8, the track was cold and the tires were new, so I told myself, the car didn't it's so bad. Then there was a breakdown and we spent the day repairing it. The track temperature rose, then fell: when at the end of the day we went out for the last run the car was ok again. 'we had settled by lunchtime and I went out on the track while it was hot and I realized it was impossible to drive it. That car was good for three laps, then the rear tires were destroyed".

In 1997 Ferrari fielded the F310B, which is an evolution of the previous F310 which is fast and capable of fighting for the world title against Williams. Thanks to this newfound competitiveness Eddie manages to get a second place in Argentina and four third places in the Grand Prix of: San Marino, Monaco, France and Japan. However, the Irishman was unable to fully exploit the potential of the car, catching in the remaining races only retirements or placements outside the points area caused mainly by errors or accidents he caused. He ends the season with a fifth place in the European Grand Prix and in seventh final position, with a total of 24 points.

The final standings denotes the limits on which Eddie must work in the following seasons to improve, as his teammate has played the world championship finishing in second place. The following season is characterized by a disappointing start for the Irishman, with only a fourth and an eighth place to his credit, but from the third appointment onwards he manages to get six podiums out of seven races disputed, presenting a consistency never shown so far.

1998 is his best season since his debut, as the Irishman achieved five third places in the Grand Prix of Argentina, San Marino, Monaco, Canada and England, three second places in France, Italy and Japan, and several points finishes with only three seasonal retirements, which earned him the fourth place finish and 47 points in total. In the French and Italian Grand Prix, Eddie contributed to Ferrari's first two seasonal double wins, eight years after the last one achieved with Prost and Mansell in Spain, in 1990. In addition, Eddie lost the race position several times in favor of team mate, making clear the hierarchies within the team. 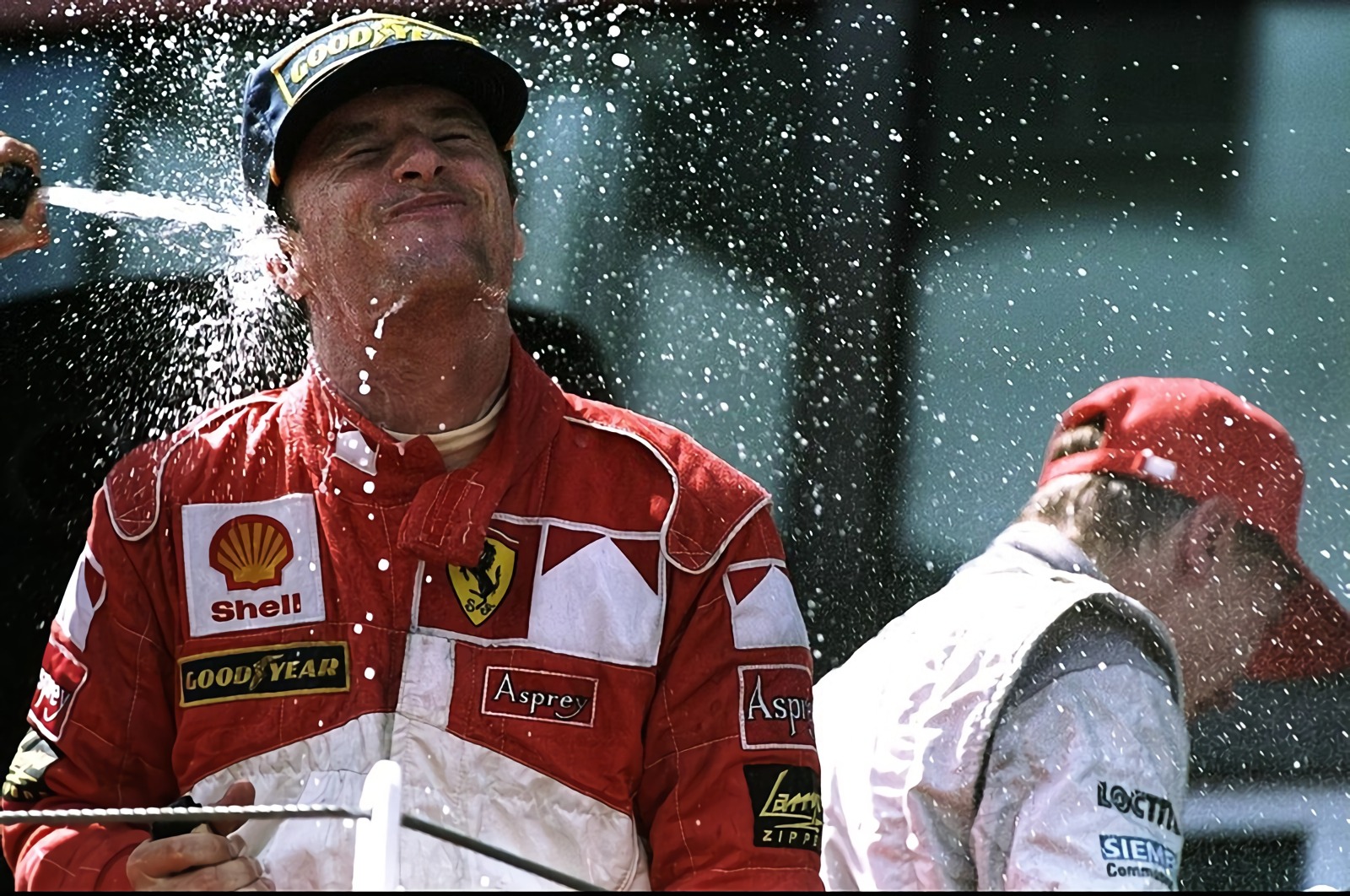 The 1999 season was full of twists and turns, and opened with the Irishman’s first win in Australia, taking advantage of the McLaren retirements and the problems of his team mate. Eddie is in great shape but is slowed down by a problem with the air reservoir of the pneumatic valves in Brazil, still finishing in fifth place, and in Imola with the engine failure when he was in third position. Two weeks later in Monaco the third Ferrari double was taken by the duo Schumacher-Irvine, with Eddie finishing in second place. In Canada, the Irishman returned to the lowest step of the podium and scored his only fastest lap of his career in the race. The F399 is a car capable of winning the world championship but Eddie is certainly not the man designated to accomplish this feat.

In the British Grand Prix there is a terrible accident at the Stowe corner for Michael Schumacher, in fact his car accuses a problem with the braking system (given by a loose hydraulic circuit bleeder screw) during an overtaking phase precisely to the damage of the Irish team mate (in this race Eddie will finish in second position). Michael's car hits the barriers at high speed, breaking the German driver's tibia and fibula. Eddie then takes over the ranks of first driver, flanked by Mika Salo. In the following races the Irishman obtained two victories in Austria and Germany, in the latter helped by team orders, which earned him the first position in the championship standings.

The season continues with a third place in the Netherlands and a close contender for the title Mika Hakkinen, who manages to catch up with the Irishman, arriving at the legendary European Grand Prix on equal points. The race at the Nurburgring is full of twists and turns, caused by adverse weather and errors by drivers and teams. One of these was committed by the Ferrarie stable by Eddie.

On lap twenty-one Eddie stops for a pit stop, but after asking for wet tires he sensationally changes his mind at the last moment asking for dry tires. In the excitement of the moment, the mechanics lost the right rear tire, making the Irishman lose precious seconds. The weather changed several times and Irvine finished in seventh, while Hakkinen finished in fifth. 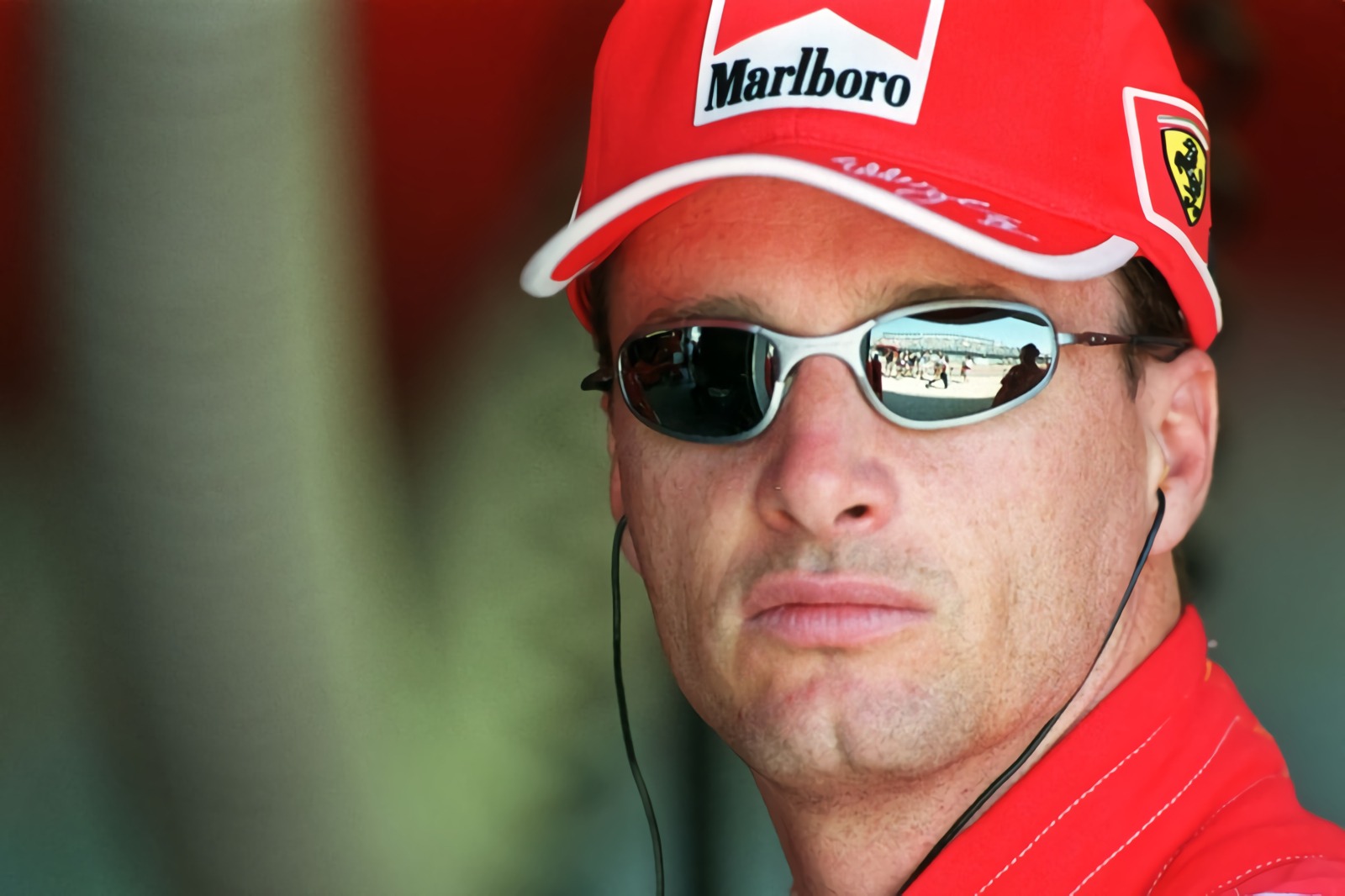 The European Grand Prix sparked a lot of controversy from Ferrari fans, some of whom went so far as to argue that the Maranello house made this mistake on purpose to prevent the Irishman from winning the world title. For the last two races of the season, Michael Schumacher is back at the wheel with the aim of helping team mate to win the world championship. The German’s help proved decisive for Eddie’s victory in Malaysia, a race in which another twist took place. Years later, the Irish driver commented on what happened during the 1999 season, claiming that after Michael’s accident there was a lack of development of the car:

"The main problem of that season was that when Michael had the accident, Ferrari stopped developing the car in the wind tunnel and focused on the car of the following year. For them it was logical, because the chances of winning the championship were McLaren had a better and faster car than ours, we didn't know circumstances would occasionally work in our favor in the last few races. The team made some developments to the 1999 car, taking them directly from the 2000 car, and so we took a step forward in performance. What really bothered me was to keep racing for testing when there was nothing to test. It was just a public relations operation, so they felt like they were helping Irvine win the world championship. They had to make a very clear business decision and wondered if Irvine could win at the wheel of the 1999 Ferrari. Everyone would have said no, including me, because McLaren was one second to the fastest lap of our car that year. They knew that. Michael would be back in the following season (then, in reality Schumacher rushed the times and managed to get back on track earlier than expected), so it made total sense. Of course, it would have been nice to become world champion, but there are riders who have won the title and of whom I knew I was better. Then there are others, who themselves never won the World Championship, who were even better. about me. But my life is definitely fine like this and I absolutely cannot complain".

Ferrari does not renew Eddie's contract for the following seasons, and his adventure with the Maranello house ends with four wins and eighteen podiums. However, thanks also to his support, Ferrari returns to win a Constructors World Championship sixteen years after the last world title won with the Ferrari 126 C3, back in 1983, when René Arnoux and Patrick Tambay were driving the Ferrari car.